Not all who wander are lost
Tolkein


The rearmost section of the gear linkage was easy to remove from it's steel housing since the gearbox was dropped out of the way. I have the other section from the white Kombi and the front piece that connects to the bottom of the gear stick. I laid all of these out to see if we have enough length to make up the new linkage. 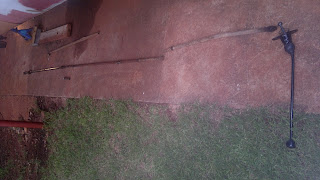 The end piece beneath the cab has a resemblance to the traditional peace pipe. I'm not planning to have a smoke though, it's getting a good clean and a blob of grease instead. It connects to the main linkage with a collet fastend with a grub screw. The main linkage is a thick-walled steel tube approximately 18mm in diameter. I have the two original pieces that I shall join together to make one long one. 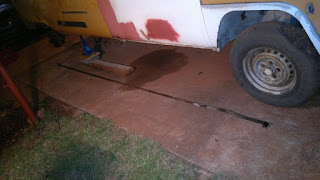 Very similar photo, sorry, but at least it's all in one piece now. When it's fitted it will be out of sight so a photo will be pointless; this is hopefully the last time that we'll see it. I measured up the exact length required for the new linkage (Marigold is almost 1.5 metres longer than a standard Kombi). The two main halves of the pipe were trimmed to fit and the ends cleaned up neatly. Then they were welded together after a "slug" was rammed into the open ends to act as a backstop for the weld. It was all greased up like a cross-channel swimmer and the plastic guides were clipped into place. A bit of jiggling and fiddling and it slid into the tube perfectly!

I'll need to tidy the rusty threads on the bolt holes where the gear lever fits to the floor. Once that is done then the gear linkage should be complete and just waiting for the gearbox to be refitted.


Thanks for stopping by
CooP
Posted by 2 CooPs at 19:15 No comments:

Tightening Up The Back End

Do not go where the path may lead; go instead where there is no path and leave a trail.
Ralph Waldo Emerson


Not much to tell this week, although we did put in a full evening's work. The rear torsion-bar suspension was raised by one spline. This is in order to lift the rear slightly and also to firm it up a bit when laden and when hitting bumpy roads. And I hope to hit a lot of out-of-the-way places once this old girl is back on the road.

No pictures with any merit were taken so here is a pic of a pretty place instead, to give me motivation and make me dream of the places that we shall visit when the Project is complete. 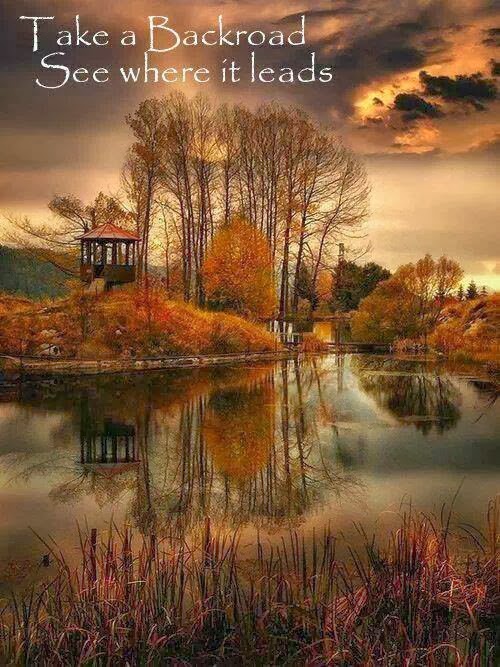 Next time we'll try to join up the pieces for the extended gear linkage and fit it all in place.


Thanks for stopping by
CooP
Posted by 2 CooPs at 13:12 No comments: