So the yellow primer ran out half way through the completed job and the moronic "suppliers" couldn't supply any more, despite two of their branches claiming telephonically to have some in stock. The main reason for rushing through this priming job was to make the project look reasonably presentable for the big move to my current, shared dwelling. Aargh well, I managed to find a good ms primer product at The Toolman in Krugersdorp, together with some solid advice and friendly service. Unfortunately it's grey, on the other hand it seems to be a better product that covers more easily and is a pleasure to spray on. 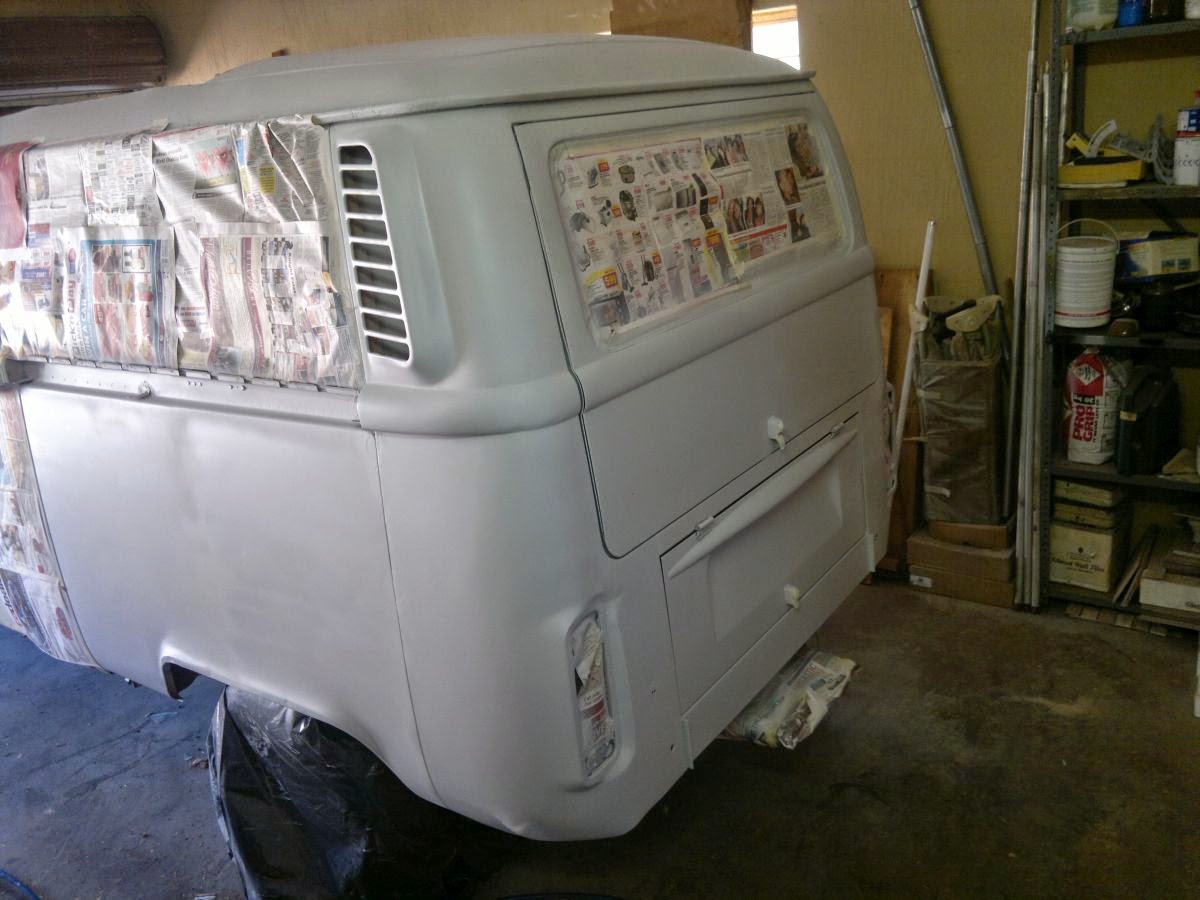 The roof and the pretty backside were coated in the grey while the sides that were already done with the yellow primer were left just so. Time is of the essence at the moment as we have to move soon. 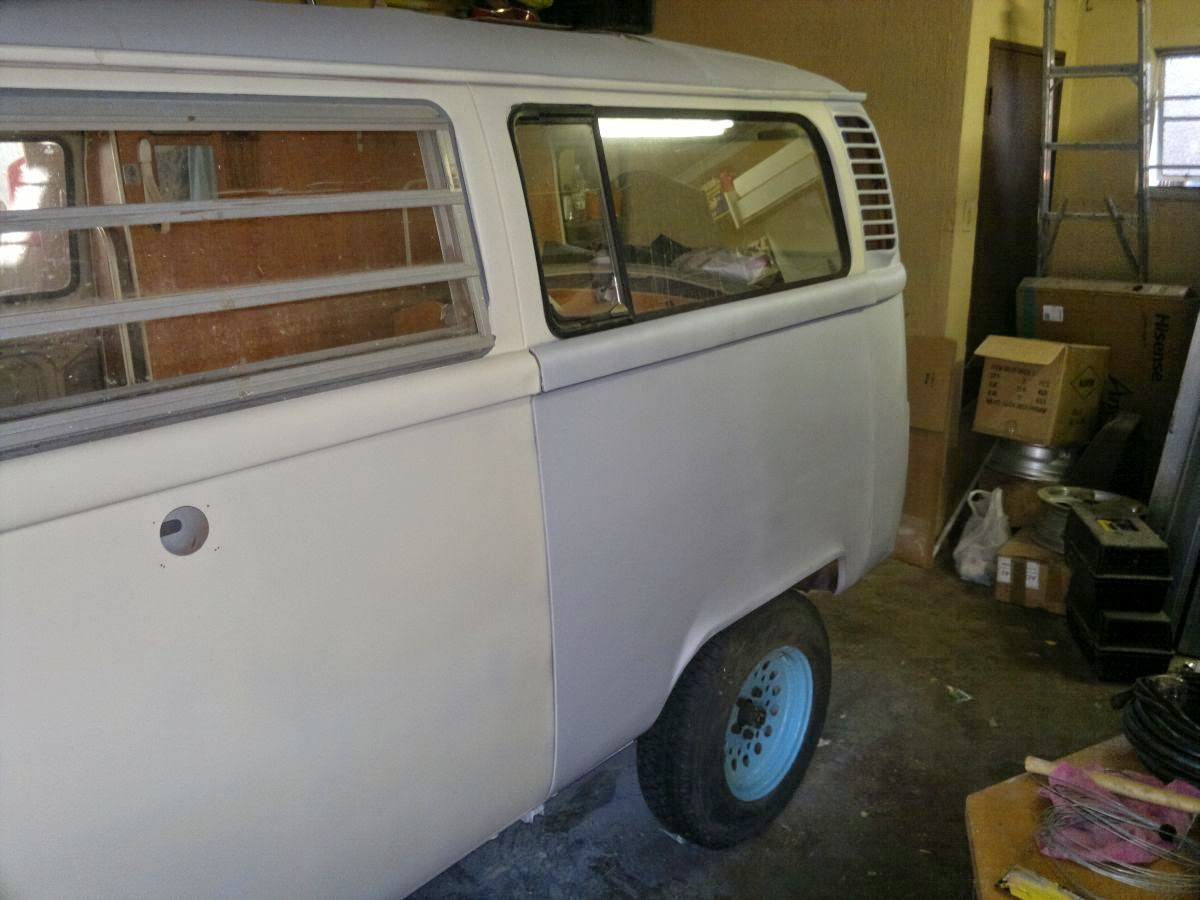 If I could start again then I would have done the whole thing in the better quality grey primer. No matter, although she looks a little odd in her new two-tone suit she still is starting to look a bit smart. The steel wheels are a temporary fitting and will be replaced by the correct originals when they have been cleaned up nicely and fitted with some new bootees.

And so the day of the big move arrived and there is no more time for minor details. When I washed the bus before painting I was a bit over enthusiastic with the water hose and managed to soak the dashboard quite well through the gap left by the missing windscreen. This has created a couple of short-circuits in the wiring causing some lights to work when they shouldn't and other things to fail when they should be working. Rather than risk any real damage we chose to disconnect the battery and abandon the idea of a self-propelled move to the new residence.

Unfortunately the move itself, under tow, was a bit too busy to worry about photographs. It was accomplished fairly late at night under cover of darkness and on streets that were ghostly quiet. It was a great thrill to be behind the wheel and under some minor form of control, I can't wait to do a proper test drive. 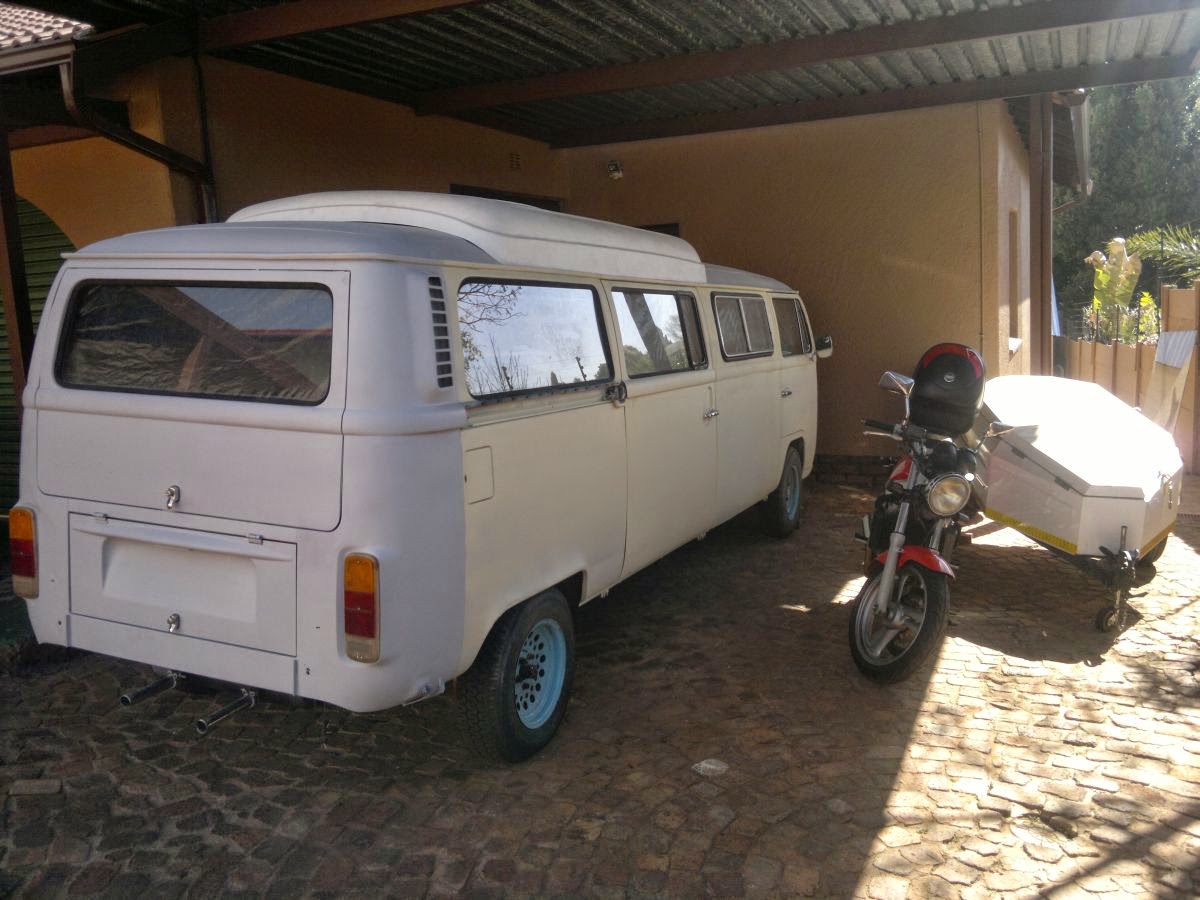 It was an uneventful move, my ever-friendly neighbour was calm, patient and sensible as usual and we now have the project neatly slipped into place outside my wee rented room. Now I can do a bit of work occasionally without having to leave home :)

Thanks for popping over, come again soon!
CooP