There are far, far better things ahead than any we leave behind.
C.S. Lewis

In our attempts to remove the old and useless ignition switch we also managed to damage the steering wheel quite badly. It'll still work but it looked a bit naff so I took it home for a bit of extra tlc. 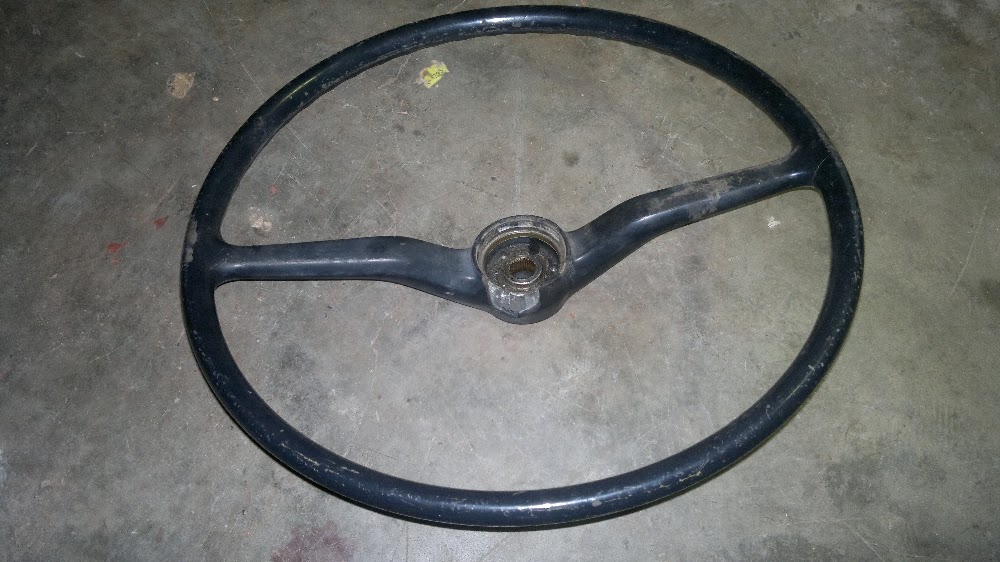 The Plastic was a bit old and brittle and a couple of larger chunks had been dislodged, although the main metal frame is still strong and undamaged. 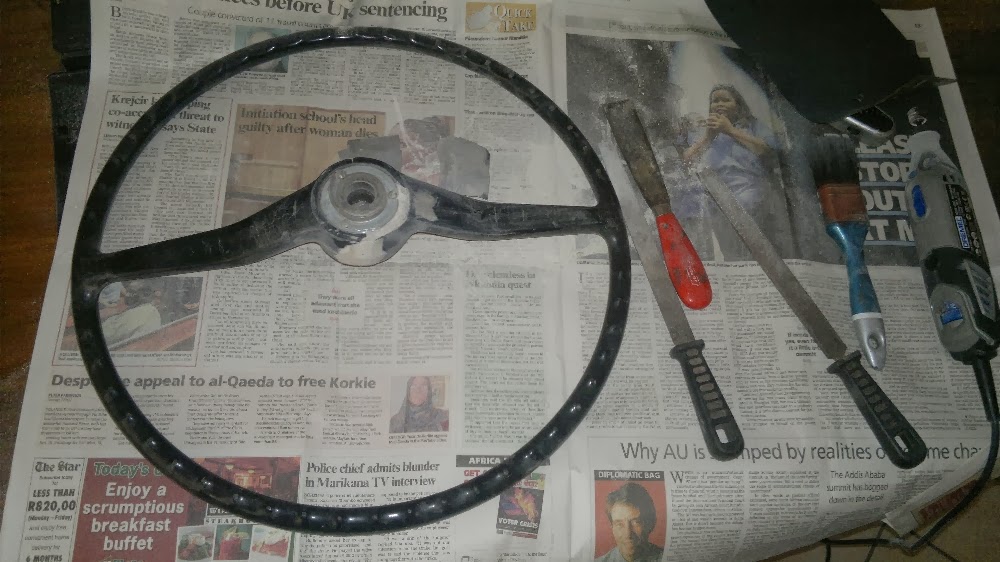 I filled it with a two-part epoxy putty and gave it a few hours to set. I filed it and sanded it until it resembled the original a little more. Re-fill the holes and low spots and sand it down again. Repeat a final time to fill in the blemishes caused by my own drunken careless file work. It's very much similar to the earlier work that I have done filling dents in body panels, but this putty sets really, really hard! 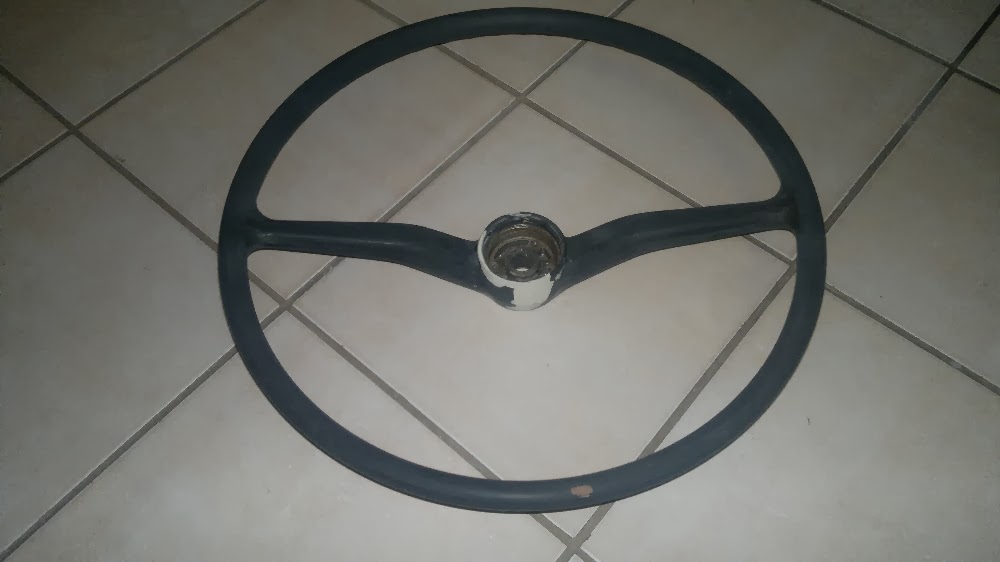 I sanded down the entire wheel after I had tidied the putty work. This to give it a bit of a key for the paint, which I applied from a rattle-can. Eight coats on the centre hub but just two on the outer ring 'cos I want to bind that with leather strips. 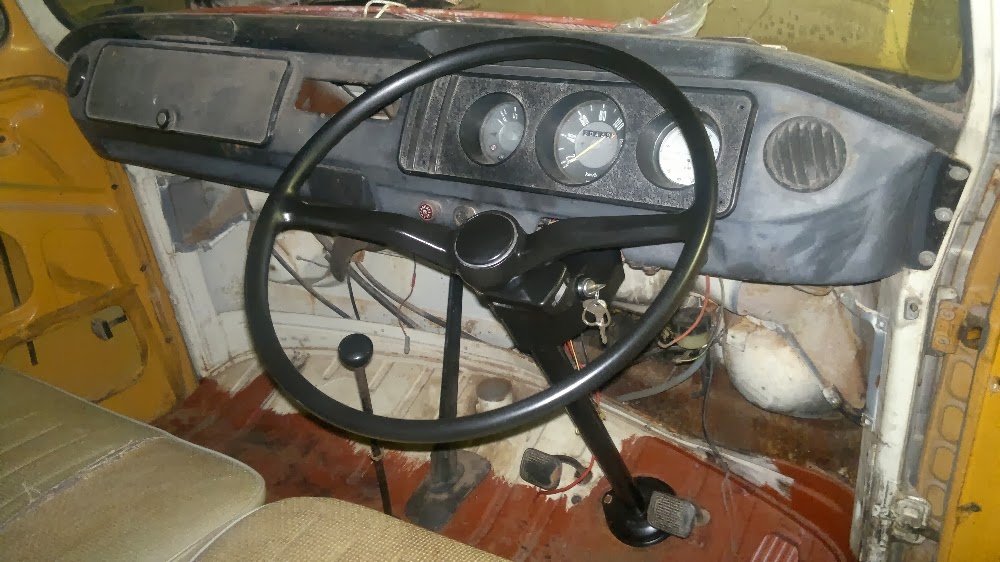 A few unfortunate slips with the rasp means that I left a couple of wee blemishes in the final finish but . . . so what? It looks pretty good to my weary eye and I have more important jobs to get on with right now. It looks okay fitted back in it's place and I think that I can learn to live with it as it is :)